The 12 Best Scenic Views in the U.S. and One Very Cool Thing to Do Nearby

The U.S. is brimming with stunning scenery and some of the best views in the world. Perhaps you’re lucky enough that you can look out your window or step out onto your deck and marvel at the natural beauty that surrounds you. But no matter where you live you don’t have to go far to find amazing views.

We’ve compiled this list of 12 places in the U.S.A. that have scenic overlooks and other spots where you can take in the views, and included links to information about area attractions. As a special bonus, we’ve picked one cool thing—an activity,  experience or view—that is a little offbeat or unexpected and, to be honest, definitely not for everyone. But there is something for everyone on this list!

The Trail Ridge Road covers 48 miles, eleven of them above the treeline, where you’ll see Wyoming to the north, the Great Plains on the east and the Rockies on the south and west. Family activities 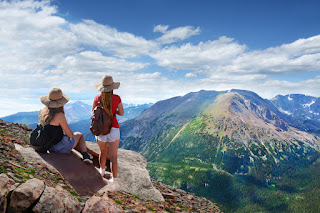 One cool thing: Stay at The Stanley, the hotel that inspired Stephen King to write “The Shining.” It wasn’t filmed there. A writer named Jack Torrence did not go crazy there. Nothing happened there. Totally safe, except that it might be haunted.

The Finger Lakes region is named for its series of long, thin lakes, and known for its vineyards, waterfalls, gorges, woods, rolling hills and miles of spectacular shoreline on 11 glacial lakes and one Great Lake. 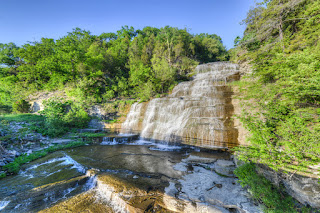 One cool thing: Visit the town of Skaneateles on weekend during Christmastime for a traditional Dickens Christmas, when “Charles Dickens” and his cast of over 50 characters interact with residents and visitors in the streets, stores and restaurants. Any other time of year, visit the Jello Museum. That’s two cool things but, come on, there’s always room for Jello! 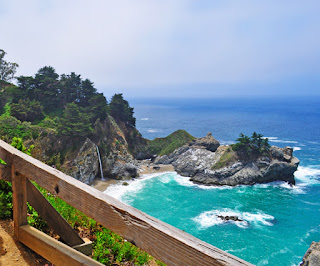 One cool thing: Visit the lobby lounge at the Inn at Spanish Bay, where if you’re there a half hour before dusk, you’ll be serenaded by a bagpiper. If you can’t stand the sound of bagpipes, you should probably avoid evening hours.

The 469 mile Blue Ridge Parkway connects the Great Smoky Mountains National Park in North Carolina to the Shenandoah National Park in Virginia. It’s  is a slow-paced and relaxing drive with stunning long-range vistas and close-up views of the rugged mountains. 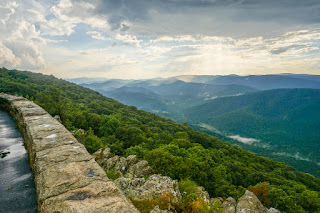 One cool thing: Stop at Blowing Rock for amazing views and to experience wind currents from the gorge that blow vertically, causing light objects to float upwards. Ripley’s Believe it or Not claims this is the only place in the world where it snows upside down. An unsubstantiated claim, apparently.

Highway 101 winds down the entire Oregon Coast from the Columbia River to the California border. 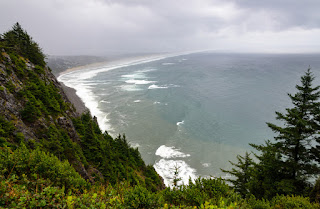 One cool thing: Whalewatching all along the coast, including Devil’s Punchbowl State Park, where you might see whales, and for sure will see a spectacular show of waves churning and crashing into a rock formation that looks like, you guessed it, a giant punch bowl

6. Going to the Sun Road, Montana 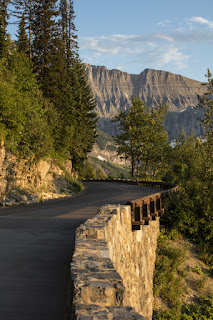 One cool thing: Swim in the only glacial lake in the area in which you won’t freeze to death. Lake McDonald in Apgar Village in Glacier National Park is relatively shallow and there are times where the sun warms it up to a point where some people might want to take a dip.

Pierce Stocking Scenic Drive is a scenic route within Sleeping Bear Dunes National Lakeshore that provide access to scenic overlooks of the Lake Michigan shoreline and the surrounding park land. 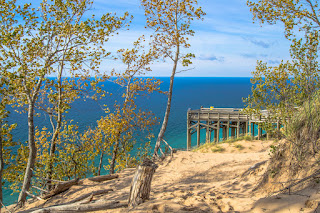 One cool thing: Visit Cherry Republic for cherry salsa, cherry sausage, cherry coffee beans—pretty much everything here is made of out cherries. Which makes so much sense when you realize that Northern Michigan is the cherry capital of the United States.

Lemhi Pass on the boundary of Montana and Idaho is part of the Lewis and Clark National Historic Trail, where they came upon one of the most difficult mountain passes in the Rocky Mountain range. Even now, the road is rugged, but offers wild and unspoiled views of jagged peaks, pristine valleys, and distant snow-capped mountains. 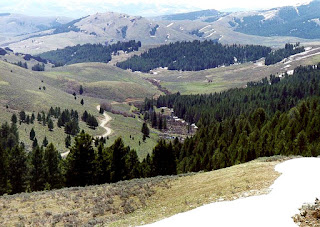 One cool thing: Visit the Sacajawea Memorial Area and the nearby Sacajawea Center and learn about the Native American heroine who accompanied Lewis and Clark on their famous expedition—and saved their butts countless times while simultaneously carrying her baby on her back.

Route 12 showcases sandstone sculpted into a wide variety of amazing canyons and formations in numerous parks and locales. It offers access to the entire northern region of Grand Staircase-Escalante National Monument, the Escalante River and its unique side canyons, and state and national parks. 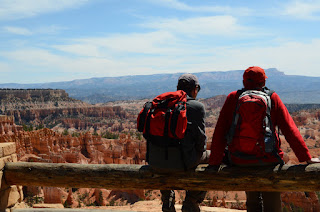 One cool thing: visit Hell’s Backbone Grill in Boulder, Utah, one of the most remote towns in the United States (population: 180). A great place to go if you’re not a “people person,” and want to support a restaurant that follows Buddhist principles. 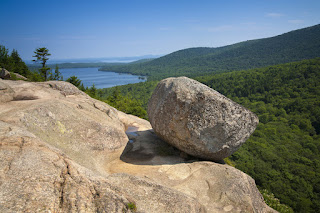 One cool thing: Hike to Bubble Rock. If you want to see an enormous rock that was moved by ancient glaciers to where it sits today—perched precariously on the edge a cliff—this is the hike for you.

The Silverado Trail in Napa Valley is a scenic route that travels 29 miles along the Eastern edge of the Napa Valley, a world-famous wine region. 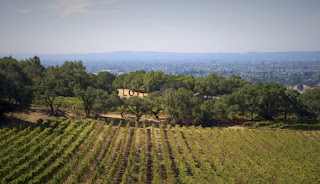 One cool thing: It’s a trail surrounded by wineries. Figure it out. Seriously, if you find yourself on the trail and have zero interest in wine, take a tour of the Jelly Belly jelly bean factory and have a bean shaped burger or bean shaped pizza at the Jelly Belly cafe.

Hana Highway leads you through flourishing rainforests, flowing waterfalls, plunging pools and dramatic seascapes and provides plenty of opportunities to stop and enjoy the views. 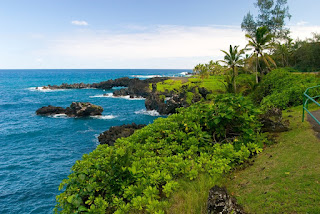 One cool thing: Hike to the Bamboo Forest. It’s a forest literally filled with towering bamboo. Apparently, bamboo makes a peaceful, musical sound when the wind blows. If that doesn’t do it for you, the beautiful waterfalls probably will.


So there you go! 12 of the most stunning scenic views and overlooks in the U.S.
Posted by John Beeman at 2:04 PM